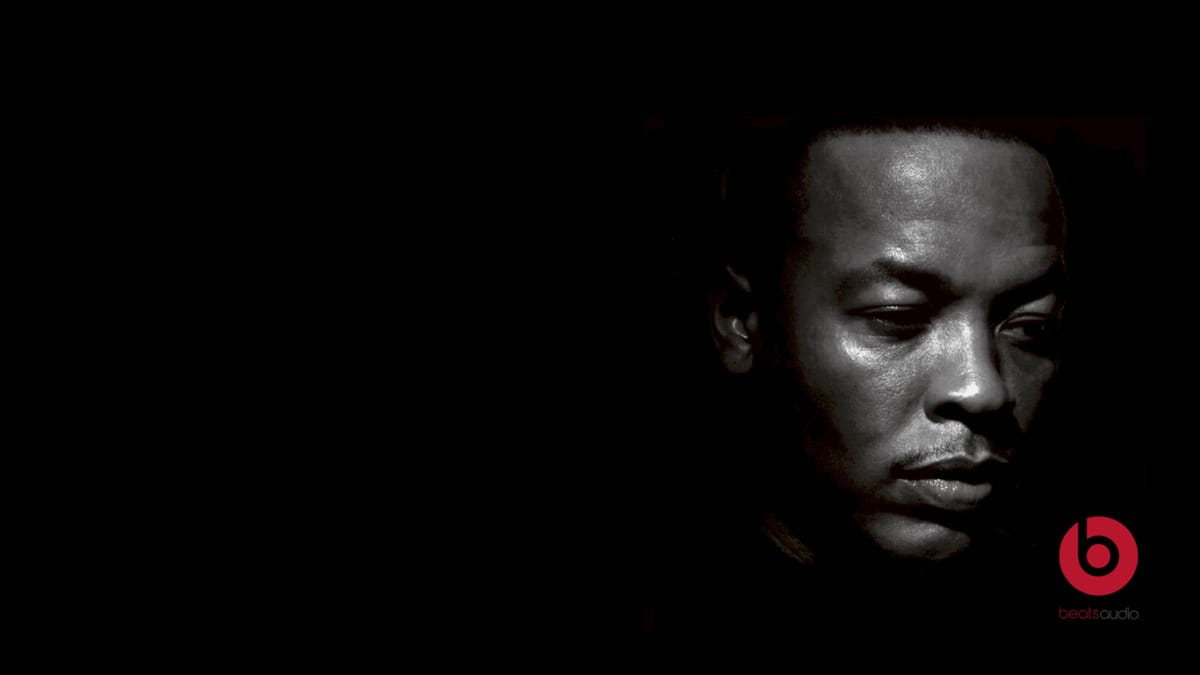 I'm quite familiar with Eminem's reminder not to forget about Dre, but I did it. I'm not sure that I would have survived the sunny streets of Seminole, FL without Dre and the rest of the N.W.A. crew. (I may have died of boredom.) Anyhow, I've been a Dre fan forever but I'm not a fan of the Beats headphones at all. Their sound quality isn't anything special and they're overpriced. I have just assumed it was one of those random wins where an endorsement worked out really well.

I had seen some internet things confirming that Beats Music was a thing that now existed, but I really had no interest based on the headphones and the fact that I already rock Rdio and Spotify subscriptions. (I'm testing Google Play, too.) Then I read Rooting for Rdio and Aaron Schildkrout opened by saying "This week Beats Music dropped with a shout. A 20mm plus title, hot-UX, curatorial, etc etc blah blah blah music streaming service." Now I was curious.

I Need a Doctor!

Hot UX was an understatement. This was the best onboarding experience that I've had on an iPhone app and overall it's instantly a competitor with the other players. I used FB to create my account and here was the initial flow. 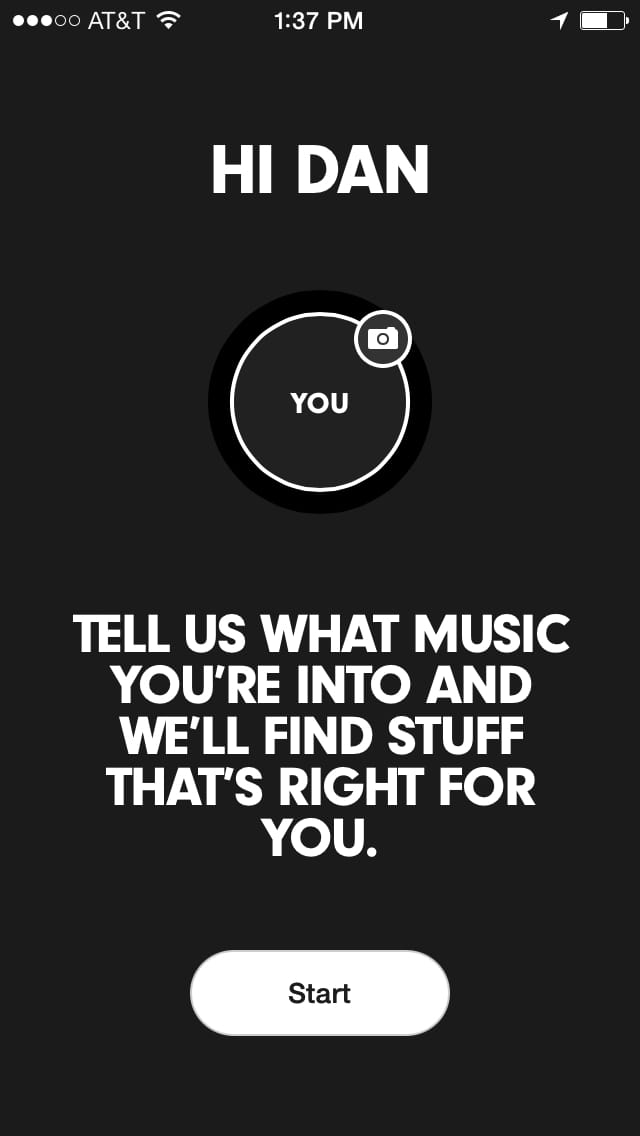 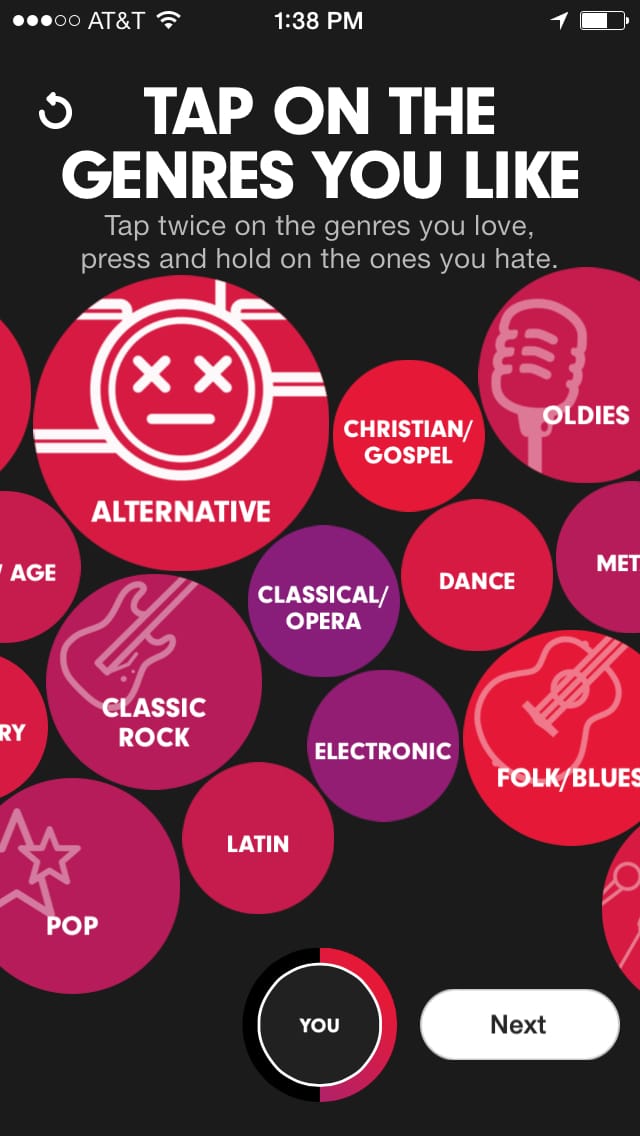 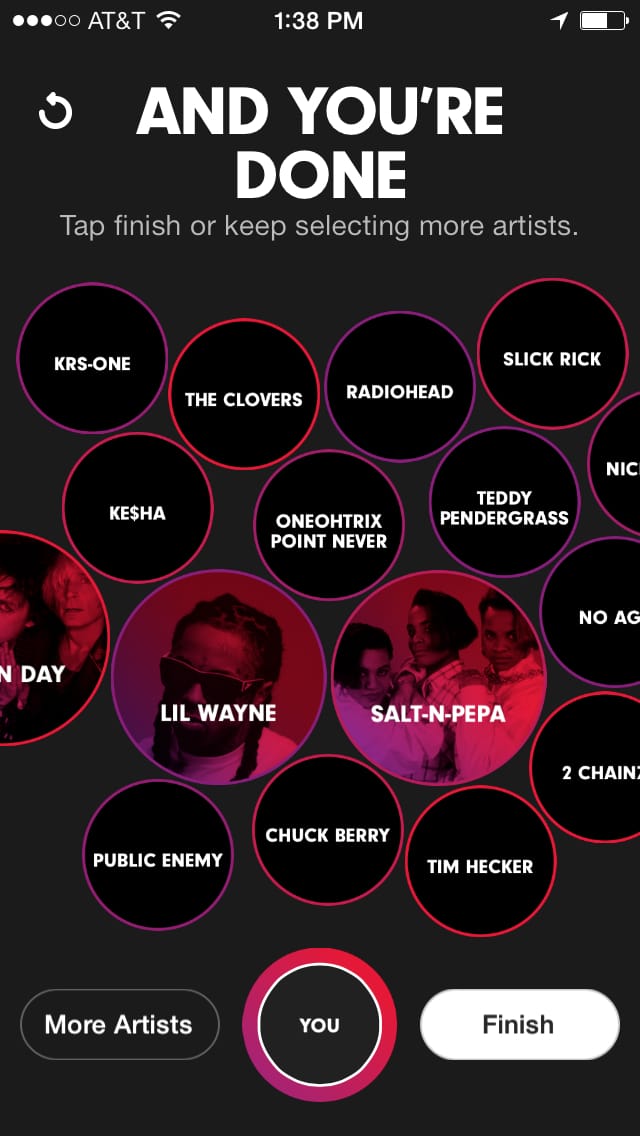 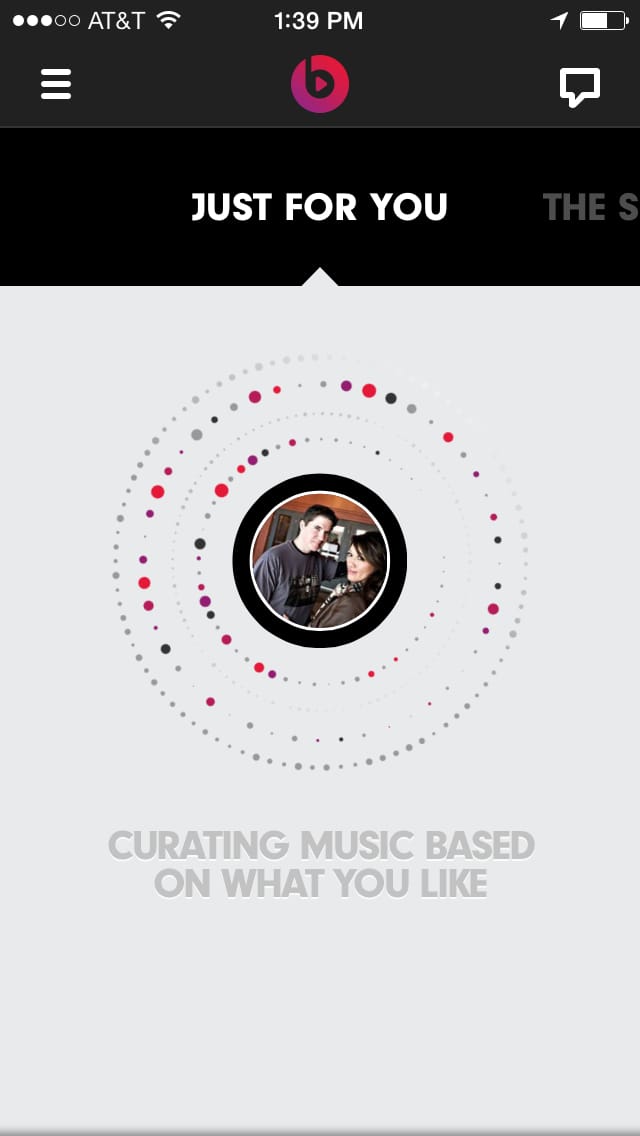 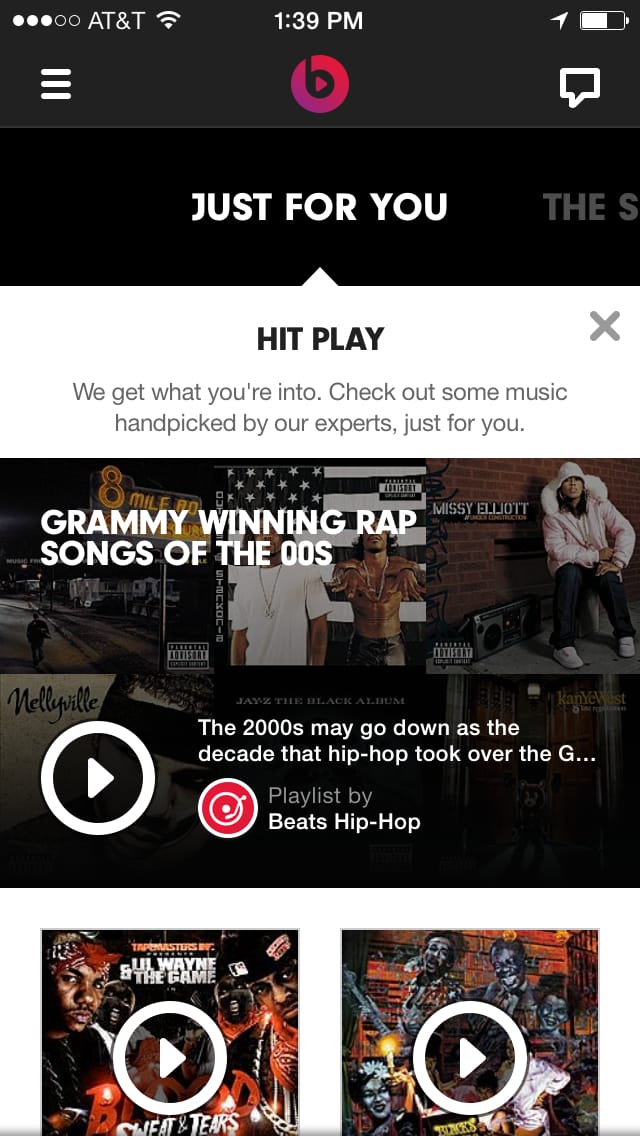 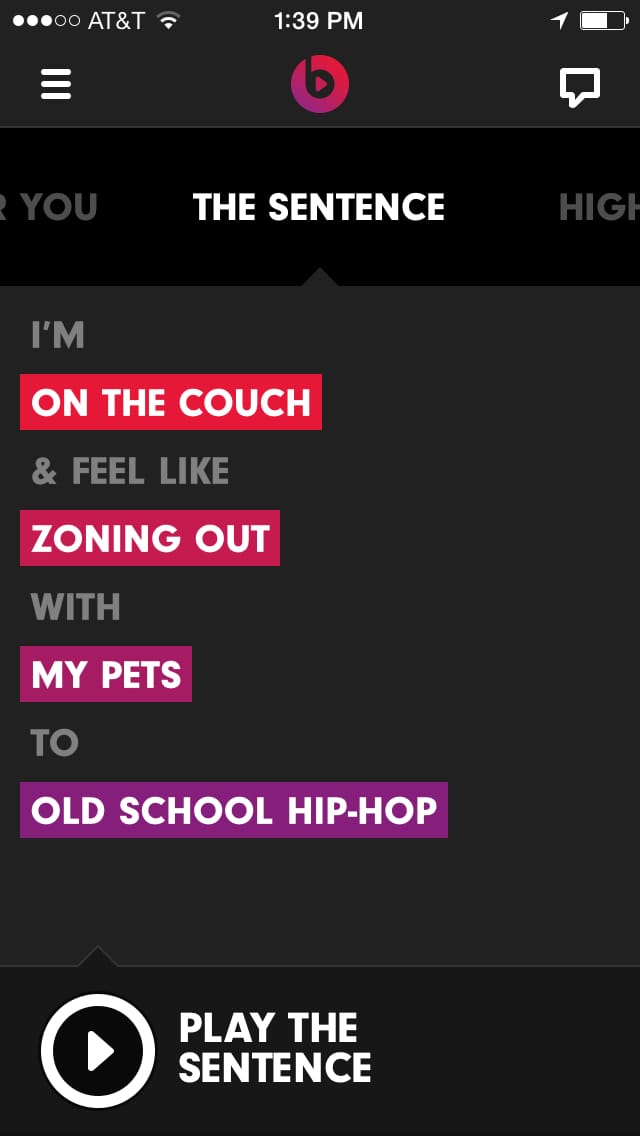 Music is a huge part of my life you'll find everything from Bach to 2Pac in my collection. What I choose to listen to all depends on my mood and what I'm doing. So this "sentence" mode is something I'll use a lot. Going with hip-hop was kind of a softball for Beats Music so I threw it a curveball with an alt lineup too. Both were spot on. 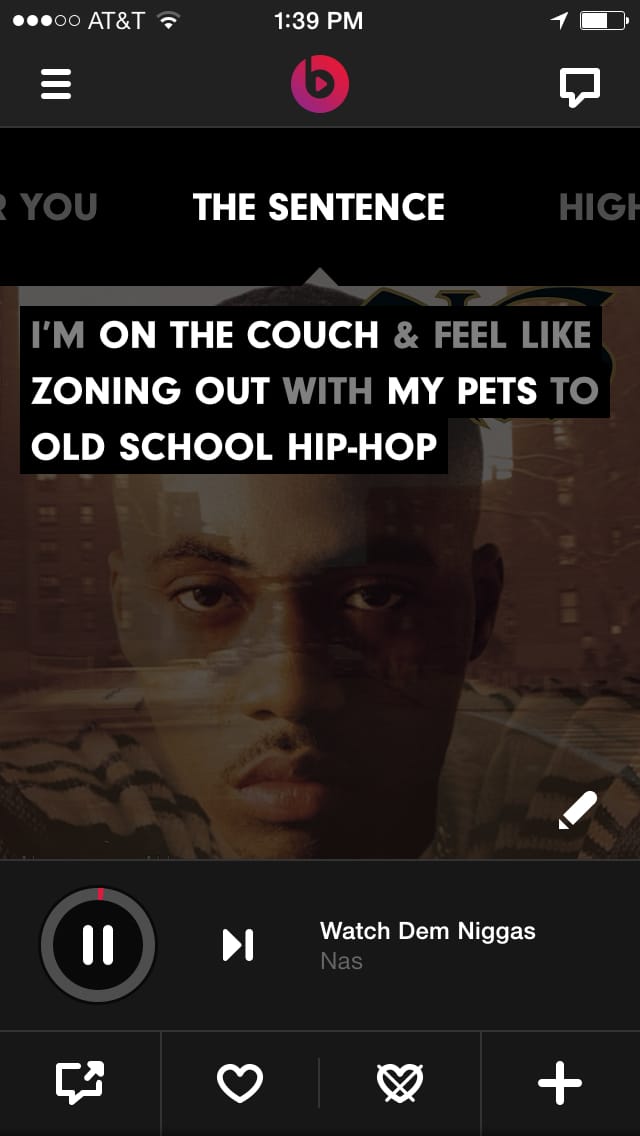 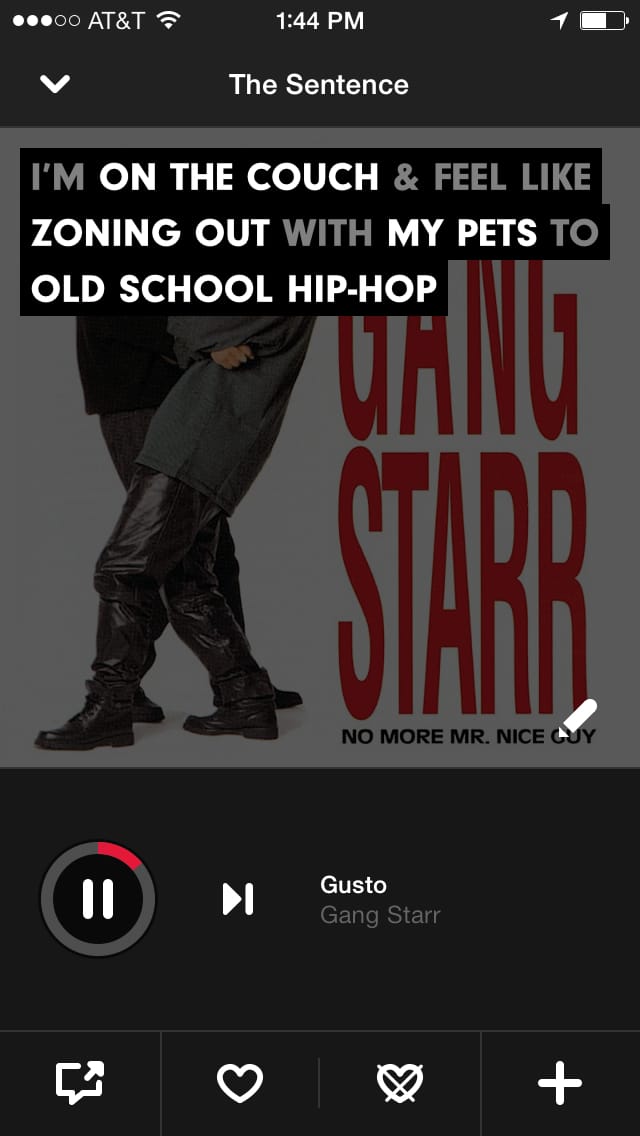 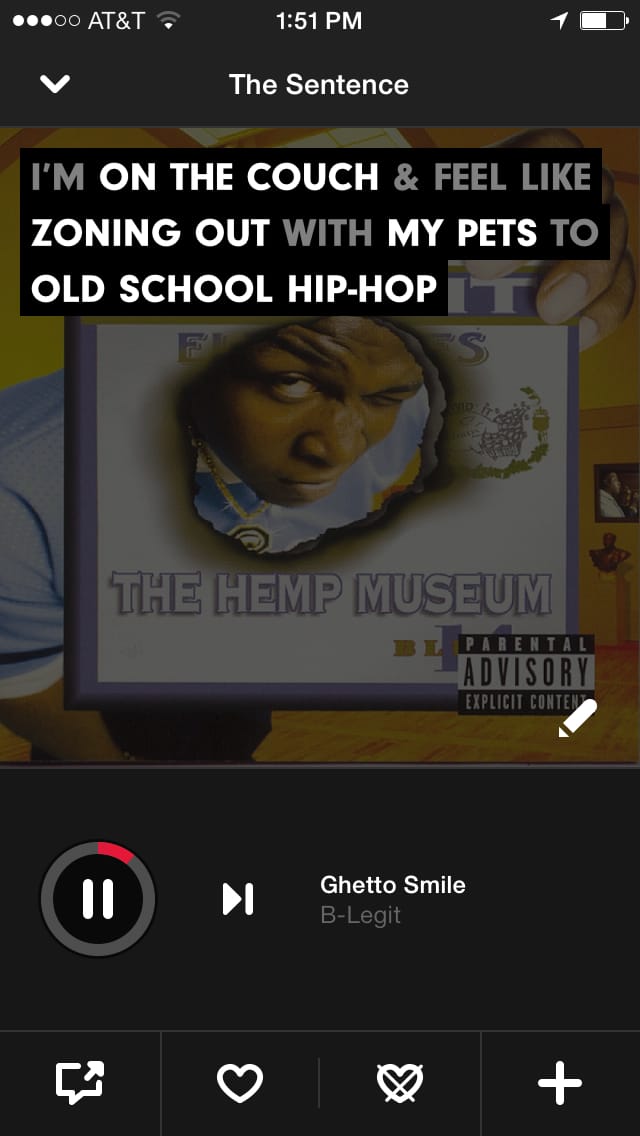 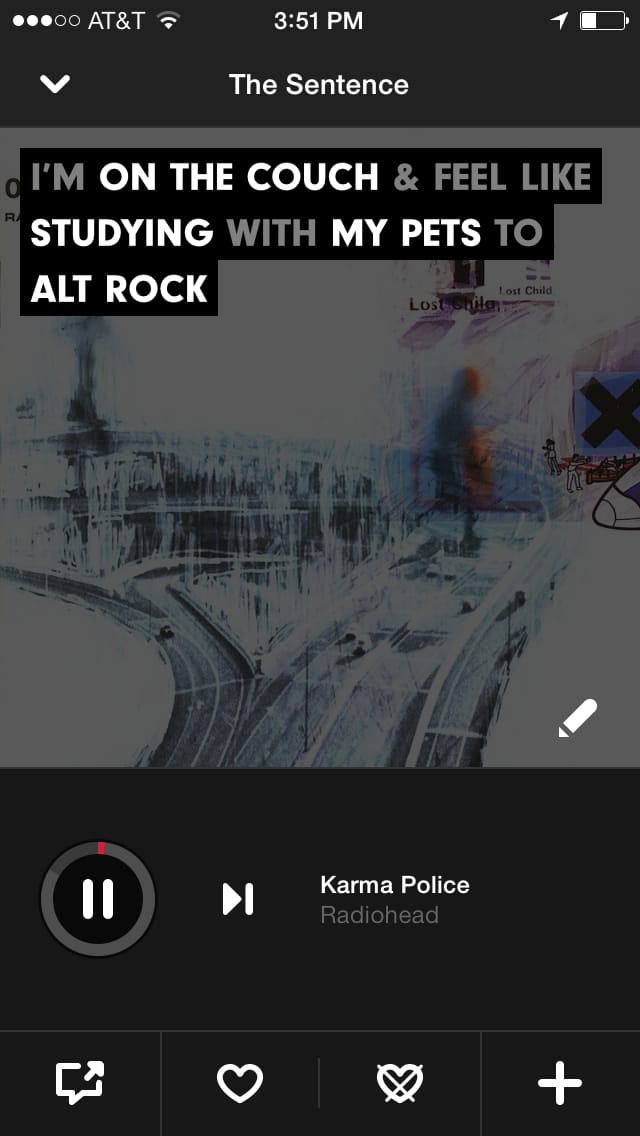 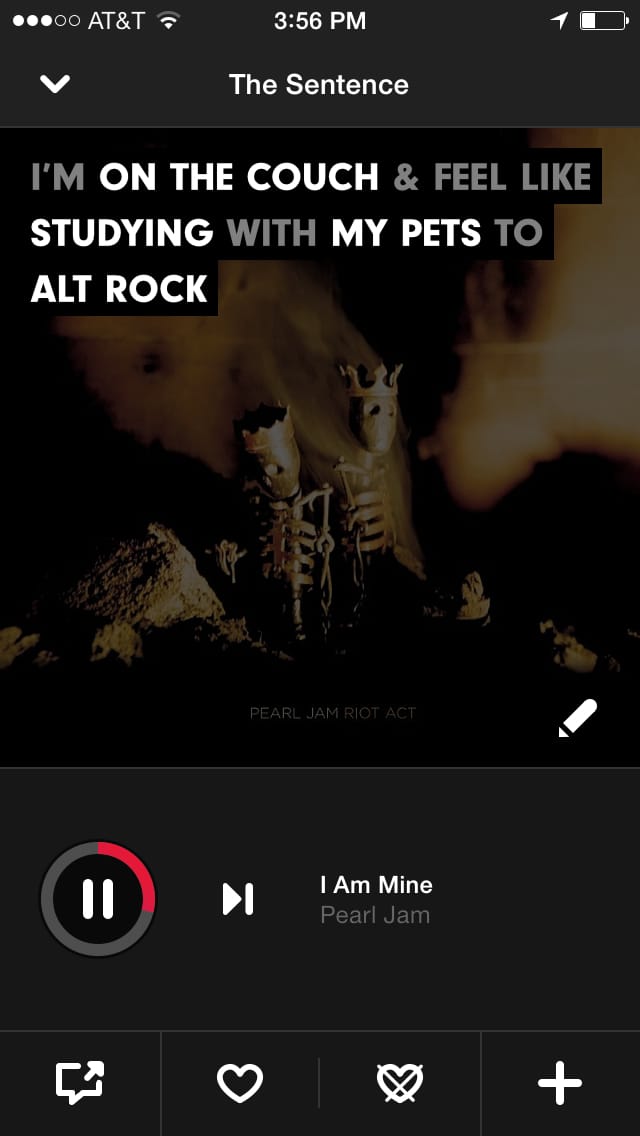 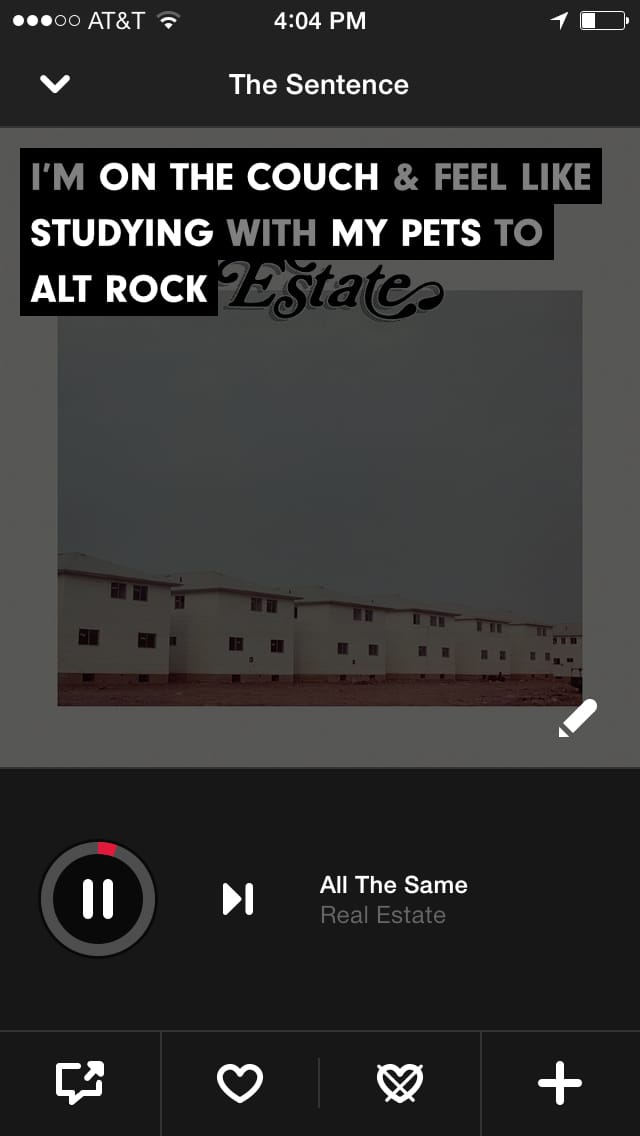 The collection is huge and there were a couple of small wins right away. Two things that have given me a sad face recently was that Rdio seems to have lost the rights to my favorite album from The Magic Numbers and the explicit version of Foiled by Blue October. Sure, I could listen to the Kid Jam version but Blue October goes to dark places that are best served with some profanity. Both are available in Beats.

One differentiator is that it comes off as having a deeper appreciation of music than any others. A shining example is a featured playlist with songs from the producer Jimmy Iovine.

As for daily use, the iPhone app rocks but there isn't an iPad app or a Mac app (yet). The web interface is huott like the iPhone app, but I try to avoid browser playing because of the screeches that happen whenever memory takes a hit. I'm on a 3-month free family trial (Thanks AT&T!) so I'm sure I'll have figured out where it fits by then. I have the feeling that it will replace one of the services, but it will be hard to ever leave Rdio based on their Mac app and remote play.